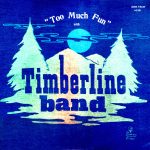 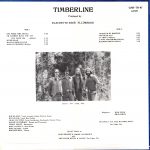 The band recorded their first album, Too Much Fun, in early 1981 at Las Vegas Recording Studio. They were working at the Maxim Hotel at the time. At midnight they would finish their last set at the Maxim and head over to the studio where they would record until 5:00 or 6:00 keeping fueled by eating “chicken fingers” from a nearby all night deli.  Then it was back to the hotel for a little sleep and then up again at 10:00 to rehearse for that night’s recording followed by a little more sleep then back to the Maxim for the night’s first set at 7:00. There was a couple day’s break from this routine when George Carlin came in to record a comedy album.

Of interest. Kim’s guitar solo on I’d Rather Have You Hate Me, was played through a little battery powered amplifier called a “Pig Nose” about the size of a Big Gulp.  The amp was small but the sound was big.

Bob Mitchel, Entertainment Director at the Maxim, came in to play horns on the title track. His unique take was to play two horns at once, something he also did as the “Top Banana” in the “Old Time Burlesque” show at the Maxim.

The album cover is a photograph of one of the band’s t-shirts.

Listen to the Songs

The Second Time Around 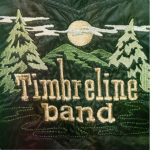 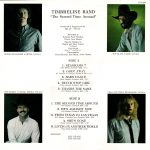 The band recorded their second album, The Second Time Around, in 1984 at the newly remodeled Norman Petty Recording Studio in Clovis, New Mexico, most famous for the Buddy Holly sessions back in the ’50s. The new studio was built in a movie theater on main street. The recording console, vocal booths, and snack room were located where the projection rooms used to be.  Norman had passed away before the recording started so Billy Stull was brought in to handle production duties. Norman’s wife Violet (Vi) was still active in the studio, taking the band out to lunch on many occasions.  Vi was no stranger to the recording process and had played on many sessions including the celeste on Holly’s “New Love Ways”

Of Interest. The song, Seagram Seven was written by Kim for the Seagram Seven battle of the bands contest that we participated in. For more information on that contest, see the articles in the scrapbook section.

The album cover is a photograph of one of the band’s tour jackets.

Listen to the Songs
Shopping Basket